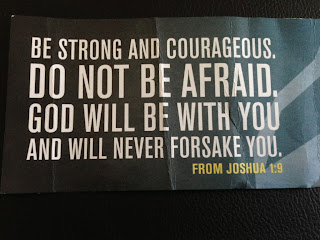 Its crazy to think that for the last nine years now I have been leading Dream Center Peoria. In that time we have seen God move in the lives of people that we are serving, answers to prayer, and a City impacted for Jesus.
Dream Center looks a lot different from when I started. We were a staff a 2-3 people, a budget of less than $200,000 a year and 3-5 ministries. Our offices were in cubicles at the Holiday Inn building along with all the other staff at Riverside Community Church. But here was the scariest bit...I had never ran a organization/ not for profit before. For some that would be scary, overwhelming and paralyzing. But for me, I knew God had called me to it and that he was about to do something that only God could do. Nine years later, we now have over 20 ministries impacting this great city, with a  staff of 15-18 people, close to $1million budget, housed in our own Dream Center building (that, was purchased for $200,000 but that is valued at around $10m). Our ministries are healthy, and we now serve the poor and the broken, 24hrs a day, 365 days a year. Just a few weeks ago a friend of mine was talking to the mayor of Peoria. He said to him, "Could you imagine Peoria without the Dream Center? Mayor Ardis turned to him and said, "I would hate to imagine that city."

Earlier this year, God started to stir my heart with regards to how he was wanting me to think big in impacting this city in a whole new way. He was challenging me to now think much bigger - city wide  impact. He started showing me ways to not only think of impacting the physically poor in the inner city, but now he was stirring my heart for the spiritually poor of this whole city and area also.
As I started to process this and started praying about it, a lot of things were happening around Riverside.

One of those things was my dad, who's the senior pastor of Riverside, announcing that he felt that within 3 years he would be transitioning from a senior pastor roll. It's funny, since he said that, people have jumped to some crazy assumptions. We have heard he's retiring to Florida, leaving Peoria, and going back to England. We even heard that he was going to be a missionary to China! He's not going anywhere, in fact he's more passionate for this great city than ever before. However, he talked about finding an Associate Pastor for Riverside. He needed someone who would carry the load for him, be his right hand man, and someone who would partner with him to have a clear vision for the future of Riverside. As he was talking, God started speaking to me in clear ways. I remember standing on the side of the stage, looking at him, as the whole church responded to this man of God, being honest and humble before them. Nearly the whole church came to the middle isle, and were praying over dad. As I saw that, I felt God stirring me for a new challenge.

On Father's Day this year, dad and I decided to tag team a preach. It was a crazy morning. We called it "Dad Dynasty". It was a spin off from one of our favorite TV shows, Duck Dynasty. We came out with full camo and beards, riding on a 4 wheeler, and shooting paintballs. We even gave away Duck Dynasty cups, and served iced tea during the service to all the dads!
In between the two morning services, a very godly man, who has been with us since our Washington days, came up to me and asked to talk. He asked me, "have you ever thought about becoming the Associate Pastor of RCC?" I stumbled through my answer, as I knew it was a clear confirmation for me to now see if this opportunity would come along.

That week, I remember talking to dad and he asked me "well, what do you feel about this Associate Pastor position?" I knew I could not run from it anymore, this is what God had been preparing me for all these years. I said to him," funny you should ask that." I shared about the Duck Dynasty day, and we both felt that we needed to pray it through. The confirmations that started to come were crazy. Only God could have directed some of the words spoken into our lives.

So, after bringing it to the leadership of RCC, and after weeks of prayer, I accepted the Associate Pastor position of Riverside Community Church. The announcement was made yesterday at Riverside, and a new chapter begins.

So what about the Dream Center?
My passion and fire for the Dream Center is stronger than ever. I have a great team around me, and they get the vision that God has given me for this city as a whole. The Dream Center is a key part to my decision of being the Associate Pastor at Riverside. Riverside is the home of Dream Center. Riverside birthed it, and has helped it become all that it is today, as well as many other churches and organizations in this great City.
My role at Riverside will only strengthen the Dream Center. You see, God is calling people to his causes. The poor and the broken are at the heart of God, just read the scriptures. So, to have a church fully engaged towards the poor and broken is what Jesus would want.
Yes, we will be restructuring both DCP and RCC leadership, and the both will come out stronger than ever. Yes, Dream Center is still a separate not for profit from Riverside, BUT Riverside will be more engaged than ever before. The level that we will be taking the Riverside people to will become a new standard and example that other churches could take their people to also.

In closing, I want to leave you with this: as you look through scriptures, you read hundreds of stories where God had placed men and women into different positions, and they had never been there before. It was new uncharted waters, new lands to be discovered, and cities to be taken. Nine years ago, God challenged me to do something that I had never done before. Because God had called me, I knew He was with me and would direct me.
This next chapter is a new challenge to me. However, God has called me to this. The visions, dreams, and strategical plans that God is giving me, are keeping me up at night with excitement. God is about to do something through Riverside that will impact thousands of people in this city. The world is wanting to see a local church demonstrate who JESUS IS.