Standing before the Ultimate Creator 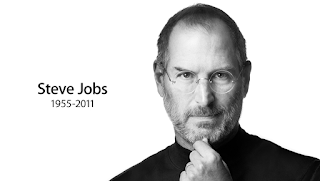 Its not a secret, I love Apple products. So hearing the news of Steve Jobs death at the young age of 56 was hard for me. I will never forget where I was when I heard the news of his death and I feel it was significant.  I was standing in a worship service at the Dream Center, singing to the ultimate creator of all time. As I stood there a thought came to my mind. Steve Jobs is now standing before God, making an account of his life. I don't know what happened between God and Steve in those last few days of his life but what I do know is that we all will stand before God one day. The words I long to hear are also the words I pray Steve heard from God last night...."Well done Good and Faithful servant."

Steve was a very private man but a man who I feel lived like everyday was his last day on earth. I end this blog with a speech he did at Stanford in 2005. A speech that painted a picture of his life and also showed  a picture of death. Steve Jobs, you will be missed